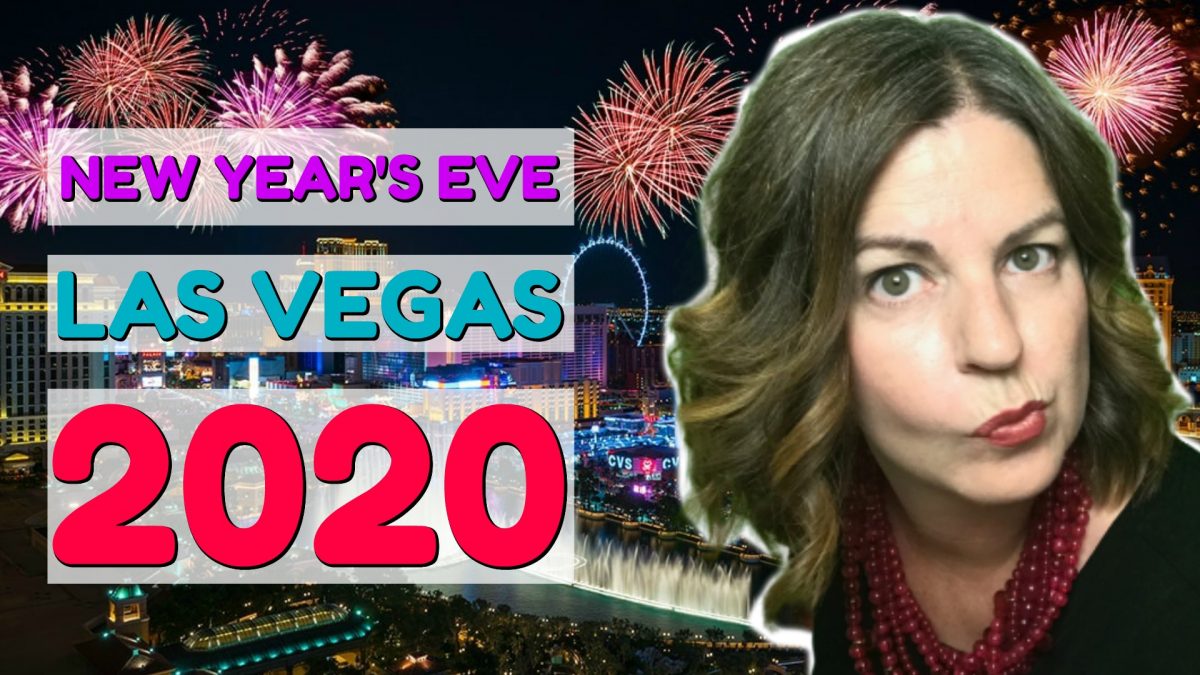 We can sum up New Year’s Eve in Las Vegas in one word: Crazy. And we mean crazy in a good way.

The mere concept can make one tingle with anticipation at the prospects! Carte blanche to enjoy the finest drinking, dining and dancing in the Entertainment Capital of the World with 400,000 of your closest friends and more celebrities than a year’s worth of TMZ.

No doubt about it. December is all about New Year’s Eve in Las Vegas, making it one of the most exciting times of year to be on the Strip.

Here is a list of New Year’s Eve events and celebrations happening in Las Vegas as the calendar turns from 2019 to 2020:

The entire Strip is shut down to traffic and it becomes like one giant block party!

At midnight, the casinos launch a choreographed-fireworks display that makes the Times Square ball drop look like child’s play. Inside, Las Vegas shows rock with the hottest entertainment and nightclubs in Las Vegas are packed with celebrities and partygoers who are dressed to impress.

If you’re curious about the weather in Las Vegas on New Year’s Eve, expect something in the mid-50s. So, pack a sweater or a jacket just in case and check our Las Vegas weather page to stay up to date.

If you’re planning to party on the Strip, get there early, even if you’re going to attend an event or party within a casino. The www.IgnitionCasino.eu where one can go to see the various options of gambling online.

Las Vegas Boulevard will be closed between Russell and Sahara from 5 p.m. on December 31 to 4 a.m. on January 1.

Surrounding streets will be congested. You can park at most of the Strip casinos and back entrances will come in handy after the Strip is closed, including Frank Sinatra Drive to the west and Koval Lane or Paradise Road from the east. But realistically, you shouldn’t be driving at all.

If you decide to stay on the Strip, the Las Vegas Monorail will be the only motorized method of transportation operating along the Las Vegas Strip for New Year’s Eve. It will operate continuously from 7 a.m. on Tuesday, Dec. 31 through the entire New Year’s Day (Wednesday, Jan. 1, 2020) and until 2 a.m. on Thursday, Jan. 2, 2020, for a total of 43 straight hours.

Locals can purchase $1 single-ride tickets at customer service booths located at every station (except the Las Vegas Convention Center) from 10 a.m. to 11 p.m. on Dec. 31 with proof of Nevada I.D. For out-of-town guests, regularly priced tickets are $5 for a single ride and unlimited-ride passes are available for 24 hours, two days, three days and more beginning at $13

This is Vegas and while the sun is almost always shining during the day and the temperatures can be quite pleasant, it is still the desert and it does cool off quite a bit at night, so be prepared if you’re going to join the party outside on the Strip.

Bundle up and save your cute little black dress for the indoor parties. On the other hand, don’t forget to drink plenty of water.

Be aware that if you’re trying to get into one of the jam-packed hotels on New Year’s Eve, you could run into some technical difficulties. A number of Strip hotels, in an effort to keep the crowds inside within occupancy limits set by county officials, will allow only those with proof they are guests of the resorts to enter the properties during the height of the festivities outside.

The celebration will feature live entertainment, a premium open bar; food stations featuring a selection of appetizers, party favors and a special champagne toast at midnight.

3. THE HIGH ROLLER AT THE LINQ PROMENADE

Make this New Year’s Eve unforgettable with this High Roller experience at the LINQ in Las Vegas.

Hit the Strip, and head up to one of the world’s largest observation wheels, the High Roller, to celebrate 2020 with awesome views of the city’s fireworks show and a Champagne toast at midnight.

You can pick from three packages, and upgrade to include access to a VIP pre-party, unlimited drinks service, and more.

The High Roller is located at the heart of the Las Vegas Strip, and is the world’s largest observation wheel with 28 transparent pods holding 40 passengers each.

Looking to toast the New Year’s with a rooftop party? BEER PARK and Chateau Nightclub & Rooftop at Paris Las Vegas will come together to host a massive rooftop bash on Tuesday, Dec. 31.

The party will include a premium open bar from 9 p.m. to midnight and complete access to BEER PARK and Chateau.

Plus, Chateau will offer packages with VIP offerings including bottle service, featuring Belvedere vodka and champagne.

At midnight, guests will be invited to raise their glasses and toast the New Year underneath the replica of the iconic Eiffel Tower, along with unobstructed, Strip-side views featuring the spectacular fireworks show.

General admission tickets to the New Year’s Eve celebration will start at $125, while BEER PARK’s individual bar seating reservation and champagne toast are priced at $200, plus tax and fees.

Ring in the new year at the highest party on the Las Vegas Strip. The Observation Deck on the 108th floor at The STRAT Hotel, Casino and SkyPod will be hosting ‘108 Party in the Sky’ on New Year’s Eve, Tuesday, Dec. 31.

The 108 Party in the Sky will include a premium bar and martini bar, a dessert station and performances by DJ Godzilla and DJ Mickey.

A countdown at midnight will include a champagne toast, along with magnificent views of the fireworks displays throughout the Las Vegas Valley and on the Strip.

The party is priced at $265, excluding tax and gratuity, with complimentary admission for guests who dine at Top of the World.

Additionally, there will be a special photo-op with The King Shrimp Louie! Dress to impress and party the night away with the best views of The Strip, a midnight firework show, and champagne toast to cap off the evening!

The event runs from 9 p.m. to midnight with adult tickets available for $120.

General admission to the patio is priced starting at $200 per person, which includes an all-you-can-drink beverage package and patio access.

VIP access to the patio is also available, priced starting at $500 per person, which includes front-and-center seating, an all-you-can-drink beverage option and a three-course meal including the choice of one appetizer, entrée and dessert from the cantina’s regular menu.

The LOFT, the restaurant’s posh upstairs event space, is also available for reservation for groups seeking a private party with the same incredible Strip view, starting at $125 per person. The festivities on the patio and loft start at 9 p.m. and are on a first come, first served basis, open all day and night.

8. SKYFALL LOUNGE AT THE DELANO

Join the best New Year’s Eve party in town at the highly acclaimed Skyfall Lounge in the Delano Las Vegas with 180-degree views that make it possible to watch the fireworks over the desert while partying the night away!

Skyfall is an upscale lounge and bar experience with the best view of the Las Vegas strip. Skyfall lounge is located on the 64th floor of the Delano Hotel.

9. THE FOUNDATION ROOM AT THE MANDALAY BAY

Step into the vibe at Foundation Room Las Vegas for New Year’s Eve 2020!

Sip on bubbly at the VIP Open Bar from 9 P.M. to close or sit back, relax and enjoy a five-course, prefixed meal curated by Executive Chef Corey Miller. Located 63 floors above the strip, Foundation Room is the perfect location to bring in the new year.

The highlight of the planned New Year’s Eve festivities is the official unveiling of the highly-anticipated $32 million dollar upgrade to the Viva Vision screen, the largest single digital display on the planet.

On Tuesday, Dec. 31 beginning at 6 p.m., guests can ring in the New Year and experience the unique energy of downtown Las Vegas with non-stop live entertainment on four stages, including a dedicated EDM stage, watch the iconic ball drop in Times Square, see stunning onstage pyrotechnics, enjoy alluring dancers and aerialists, theatrical and roaming entertainment and much more.

Be prepared to open your wallet. New Year’s Eve is the most popular night of the year to visit Vegas.

It’s also the most expensive. Hotels can be triple or quadruple their usual costs. Covers for nightclubs start around $100 for males and go up from there, although admission may include complimentary drinks and a champagne toast.

Even Uber and Lyft rides surge to 300-400 percent their usual price. Book early. Shows, concerts and hotels will be very limited by Christmas.
Plan your evening around midnight. Find a casino, bar or club before 11 p.m. or you could get stuck waiting outside.

Be 21. While Las Vegas offers fun for the whole family, New Year’s Eve is not the time to come if you’re not of legal drinking or gambling age. Those under 21 are not allowed in gambling areas or nightclubs. Anyone under 18 is not allowed on the Strip without a parent or legal guardian after 6 p.m. You must be 21 to be a part of Fremont Street’s Downtown Countdown.

Dress appropriately. Even though Las Vegas weather will seem warm compared to where most people are traveling from, the desert gets cold and breezy at night. Short-sleeve shirts and backless dresses may seem like a good idea, but you’ll regret it later.

PROHIBITED ITEMS ON THE STRIP
Plan ahead! You don’t want to get turned away (or worse — taken to jail) because you brought something you shouldn’t to the Strip on New Year’s Eve.

Revelers on the Strip are not allowed to bring strollers, carts, luggage, coolers or backpacks, purses and any other type of bag larger than 12x6x12 inches.

Drinking is allowed, but glass or metal containers are not. Even though recreational cannabis is legal in Nevada, public consumption is not. Conceal and carry laws are complicated.

Casinos often request that firearms aren’t brought on the property. Just leave them at home. And no matter what, don’t even think about celebratory gunfire. It’s the quickest way to wind up in jail. 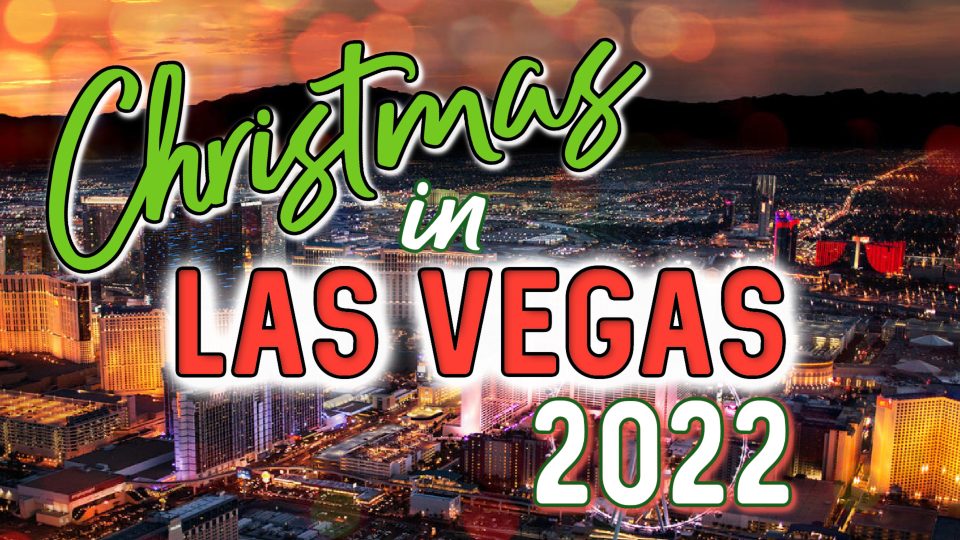 Christmas Events in Las Vegas on the Strip

Top 10 Christmas Events in Las Vegas Off the Strip 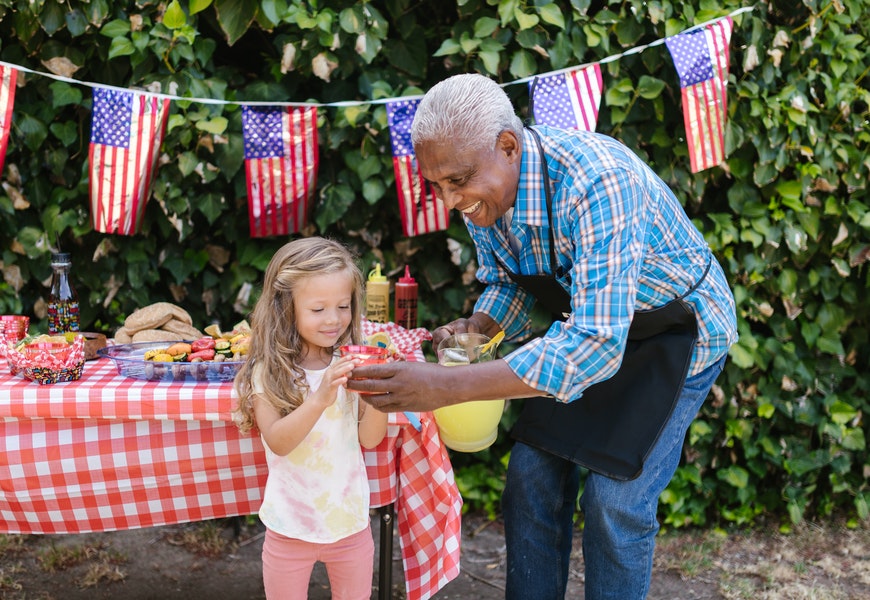 Where to Celebrate the 4th of July in Summerlin